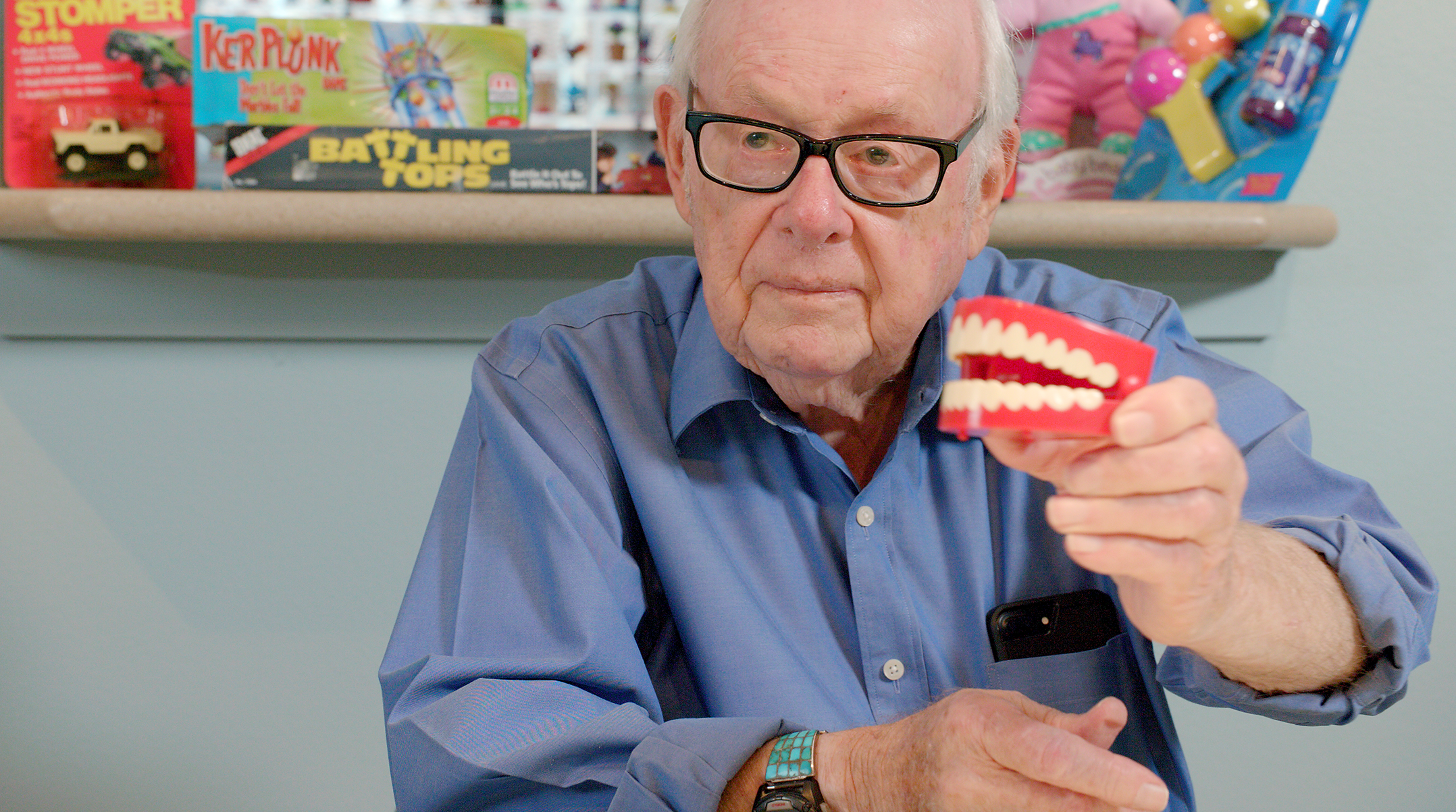 Eddy’s World is a portrait of a 98-year-old toy inventor, best known for the Yakity Yak Teeth and nearly 800 toys including Stompers, Vac-U-Form, Kerplunk and the Bubble Gun. Optimistic and creative, Eddy is an endearing storyteller who shares his philosophies of life and his wisdom on aging.

Director Lyn Goldfarb is an Oscar-nominated, award-winning documentary director and producer. Her films explore a diversity of stories from aging, disability rights and child labor; to race, immigration and labor in Los Angeles; to the Roman Empire and medieval Japan. Her films have screened at many festivals, including the Los Angeles, Pan African, San Diego Latino, Toronto Jewish, Port Townsend, and Sydney Short film festivals.