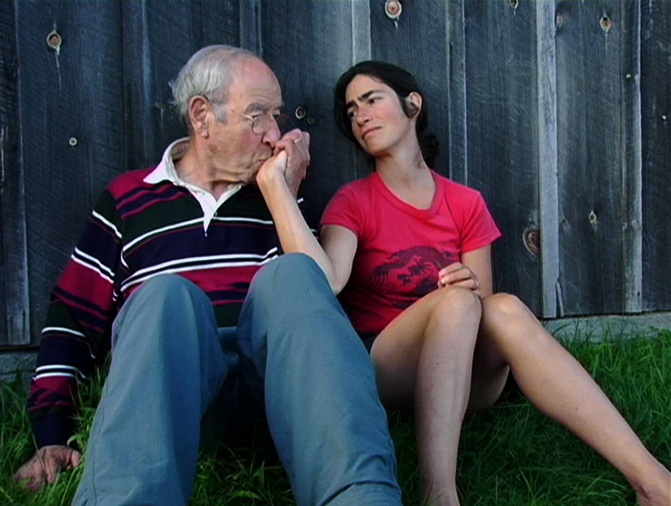 Kathy Leichter, director of the film "Here One Day," shares her experiences with Film Pittsburgh about creating the award-winning and candid documentary.

When Kathy Leichter returned home to New York after her mother's suicide, she discovered a hidden box of audiotapes. Sixteen years passed before she had the courage to delve into this trove, unearthing details that her mother had recorded about every aspect of her life, from the challenges of her marriage to a State Senator, to her son’s estrangement, to her struggles with bipolar disorder. In her candid and poignant documentary, Here One Day, Leichter tells her mother's story by carefully weaving her prerecorded confessions with those of a family bravely coping with the ripple effects of suicide.

Kathy has kindly answered a few questions about her experience making this award winning documentary.

Film Pittsburgh: At what point during the process of grieving your mother’s suicide did you decide this was a story you needed to tell?

KL: My mother died by suicide in 1995. In 2004, nine years later, I discovered I was having a second son and the realization that I wasn’t going to have a daughter – we were only going to have two children – sparked an entirely new wave of grief. I began to realize that the grief wasn’t really about this imaginary daughter. It was really about my mother; I would no longer have the possibility of a new mother/daughter relationship through which (I had believed) I would somehow “retrieve” my mother. It was out of this new layer of grief and the need to move through, explore, and feel her absence in a deeper way, a deeper level of letting go, that Here One Day was born.

FP: Your family plays an integral role in this film—how did they respond to participating in this project?

KL: My family has been incredibly supportive of this project but everyone approached it in their own way. My father knew this was a journey I had to take and participated in every way I asked. For my Aunt Sally, my mom’s sister, who is kind of like the Greek chorus in the film, participating in the project was a way for her to remain close to my mother and so she was eager to be interviewed and be involved. For my brother, the film was not something he wanted to be involved in at first—he was the voice of privacy; once he saw a trailer that did not include him, he said, “This is my story too. I have to be in this,” and he jumped in in more revelatory ways, some might say, than all of us.

The camera is a powerful “conversation starter” and just the pretense of filming allowed things to happen that might not have happened. For instance, my brother and I had never really sat down and talked about my mom’s death or our childhood memories or any of it until I asked to interview him, almost 13 years after her death. Thirteen years! But, that’s often how it is in families. We don’t talk about the very thing that everyone is thinking of…the elephant in the room, as it were. The film created the space and opportunity to talk about what had happened to us. It was hard sometimes, but we Leichters don’t shy away from hard. Those difficult conversations—some on-camera and some off—and the film itself have brought us so much closer and enabled us to take a closer look at our lives and our relationships. It’s not all pretty, some of it is quite painful and hard to re-visit, but there is also a lot of good in there, many good memories and lots of love. It’s complex, like most things of value in life.

FP: In the film you mention that you sometimes feel your mother’s writings and recordings weren’t meant for you to see or hear. Can you talk about the decision to make them public? 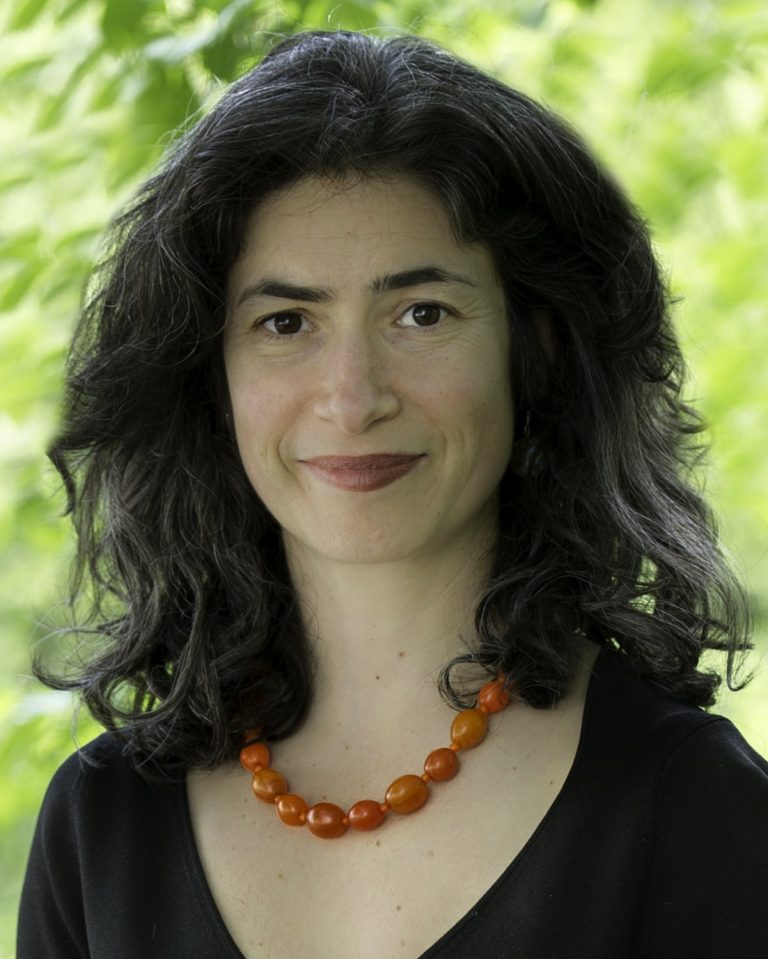 KL: Delving into my mother’s writings and then making them public was complicated for me. On the one hand it felt aggressive—as in, “Well, you’re not here so I have the right to do whatever I want with your things.” On the other hand, it felt as if my mother would have wanted this story to be told as truthfully as possible. I wanted to show as much of the truth of what she was feeling and thinking, and she was the best person to describe that. Rather than using my own words, I would let her, through her writings, speak for herself. The audiotapes were a somewhat different story. In the film, my mother even says, “I wonder if somebody else will be allowed to hear them or come across them accidentally.” She was thinking about this possibility as she made them. I showed Here One Day last year for a group of Jewish suicide survivors at the Jewish Board of Family and Children’s Services in New York City and the Rabbi who was leading the group said, “Your mom’s making of the audiotapes was an act of self-care, of self-love. They showed that she felt that her voice mattered.” I love that perspective and believe he was absolutely right.

FP: Despite the unfortunate reality that suicide is still widely considered a taboo subject, your film addresses the topic in a frank and accessible way. What were some of the challenges you faced in grappling with a subject known to inspire discomfort among audiences?

KL: I didn’t set out to consciously make a film about suicide that was frank and accessible. I just set out to tell our story. One of the most important things for me was that I portrayed our story authentically—our experience, who my mother was, what it was like being in our family and then living with her death. “Authentic” was a word we used a lot in the edit room. The suicide was a huge element in the film, but it was also just part of our authentic story. This is what happened to her. This is what happened to us. That said, I didn’t want my mother’s whole life to be defined by her suicide or her emotional challenges. I wanted to show her as a whole person and her suicide is only part of that, a small part, in some ways, when you consider her whole life of 63 years.

We didn’t approach the topic of suicide as something that makes audiences uncomfortable. We tried to be thoughtful and respectful, but shying away from my mom’s suicide and our experience would have made the story less authentic and less true. That’s also part of the problem with our conversations about suicide today. Suicide needs to be talked about more in an open way. I don’t want to remove the discomfort. It is uncomfortable and scary and deeply, deeply devastating to lose someone to suicide or to attempt, but it is also important to change the way we think about this trauma. I suppose I did want to push the envelope there and shed light on this experience. I didn’t know that at the time we were making the film, but I certainly know that now, as I travel around the country leading discussions and encouraging openness.

FP: What do you find are some of the more resilient obstacles in reducing the stigmas around suicide and mental illness?

KL: Mental health stigma exists in our society on so many levels both individual and societal. In making Here One Day, I realized there was a lot we hadn't understood about my mother’s experience. We felt alone, confused, unable to seek help. We felt shame and judgment. We felt isolated. This kept us silent. We had internalized the stigma, which is not surprising given that we all grow up in a society that reeks of this stigma. You can see the stigma in the mainstream media, given how many news sources prioritize stories about the violent mentally ill instead of showing people in all of their complexity and questioning the society that produces individuals in so much pain. You can see the stigma in the lack of resources for mental health treatment, the outsized prison population, the reluctance to amend firearm laws. You can see it in job discrimination and people’s fear to “come out” as needing support at work. The pressure to hide signs of mental health challenges is insidious and affects us all.

I am thrilled that Here One Day is dissolving some of that stigma. The film is opening hearts and minds and creating space for conversation. I envision a society in which it’s OK to speak openly about mental health experiences, to seek help when needed, and to act in ways that are not currently sanctioned by society. I am using the film to make change, one person, one mind, one heart at a time. When we’re all in an auditorium together, you can feel the change amongst the audience. It’s palpable.

FP: How do you hope your film fits into the efforts to increase awareness around this issue?

KL: Just by its very existence, Here One Day is saying, “It’s good to tell our stories.” I have been leading screenings of the film and discussions across the country for the past two years with undergraduates, medical, nursing, and social work students, mental health professionals, mental health organizations, suicide survivors, law enforcement, in communities of faith, out patient clinics, hospitals, and art-house cinemas. People flock to our screenings—we fill public libraries, college auditoriums, movie-theaters, synagogues and churches. People want to listen, talk, and connect around these very, very common experiences. The film is creating the space to do that.

We are reaching out to as many audiences as possible to share my family’s story and to use it as a springboard to let others tell their stories, ask questions, trade resources, link to mental health supports, and feel less alone. It’s exciting and deeply gratifying to use my mother’s story and my family’s story for such good. In her later years, my mother was a mental health advocate with early NAMI (National Alliance on Mental Illness) and ran a support group in Manhattan. She gave talks about her experience to college students. She would be over the moon about the work I am doing. It’s so important and much-needed. I am so grateful to Film Pittsburgh for presenting this screening.

For those interested in hosting a screening of Here One Day, please email Kathy at: KathyLeichter@hereoneday.com or visit www.hereoneday.com for more information.