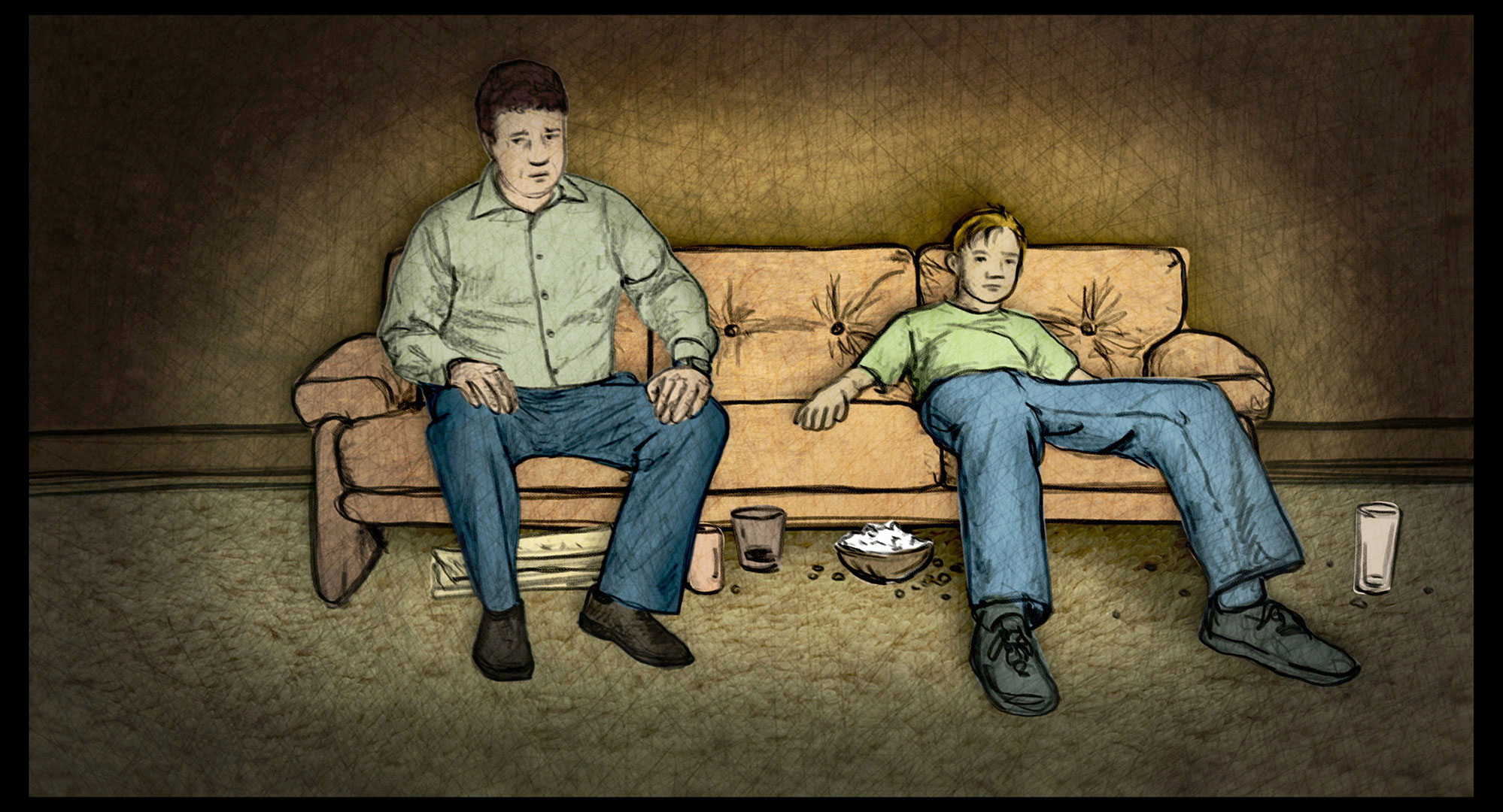 In The Talk: True Stories About the Birds and the Bees, adults share memories of the time their parents first tried to explain sex to them.

Film Pittsburgh: If “The Talk: True Stories About the Birds and the Bees” were the offspring of two other films, who are its parents?

Alain Delannoy: The Talk is my first animated documentary short film. Previously, I had produced some animated shorts without dialogue. They were Monument (2006) and Fraction (2012). Those films were narrative shorts that dealt with identity, mortality and hope. This new film was inspired by a family member who asked an embarrassing question at the dinner table. His father told me that it was time for "the talk." After sharing the anecdote with friends, they started sharing their "the talk" stories. I quickly realized that there was potential for a film.

AD: I really enjoy working on short films because of the restrictions it imposes. Time is very precious. You only have a very limited amount of it to tell your story. The format stresses that you be concise and to the point. It's always a challenge, but one that I enjoy. Also, it allows me to continue to explore animation. I like trying new things with each and every project.

AD: Persistence is important, and don't be afraid of reaching out and seeking criticism from people around you. Filmmaking is a lot of work, so find projects that you are prepared to truly invest yourself in. My projects normally take years to complete. This is due to the labor involved in producing the animation. The Talk took approximately three years to complete.

AD: I'm currently in the very early stages of my next animated documentary. Again, it will be a short film. I'm looking at topics that involve masculinity, sex, and sexuality. I really enjoyed the experience of working on the The Talk. It was fun collecting and working with true stories and finding ways of exploring them in animation.

AD: I'm really looking forward to the film festival. The film lineup looks amazing. I've never been to Pittsburgh, so I'm excited to visit the city, tour the art and filmmaking community and, being a true Canadian, looking forward to seeing where the Penguins play hockey.