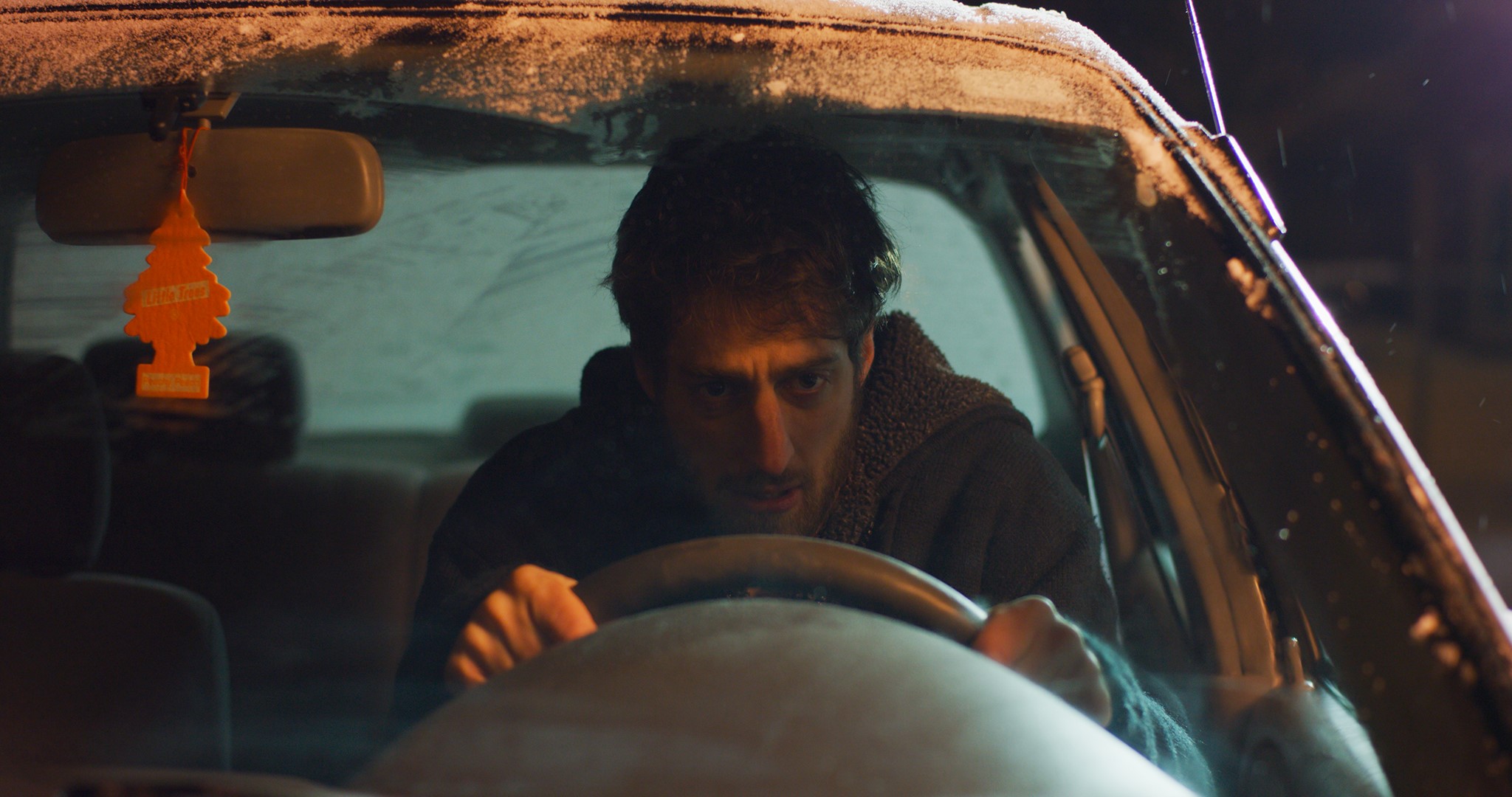 In The Corner Store, a man attempts to rob a corner store with surprising results.

Film Pittsburgh speaks with producer Anthony Cloutier and director Nicolas Beauchemin about not taking yourself too seriously, learning online, and Pittsburgh's iconic role in movies.

Film Pittsburgh: If “The Corner Store” were the offspring of two other films, who are its parents?

Anthony Cloutier: This being only the second short film I've made as director of photography, I experimented with differents looks. For the opening scene in the car, I drew visuals from the opening scene of Drive with Ryan Gosling in the car. I used really harsh orange key light to accentuate his distress. For the scene inside the corner store, I decided to push on the blue of the neon light to help induce the stress of the events happening!

Nicolas Beauchemin: Maybe a weird combination with Logan Lucky by Steven Soderberch for its crime/comedy feel. The film is not taking itself too seriously; people are doing bad things in kind of a funny way, and I always liked that. The other parent would be Forgetting Sarah Marshall for its simplicity but also because it's so effective in showing breakups and how people can deal with it differently.

AC: I think what's great about short films is you still go through all the process of making a full length movie, but at a much smaller scale to learn the process. Whether it's pre-prod with costume design or post with music scoring, you get to experience it all!

NB: I think what’s unique about working in short film is that we don’t have a lot of time to hook the audience, so it needs to be really well made in order to work.

AC: The best advice I could give to any aspiring filmmakers would be to just start filming stuff! Anything! For example, I started out filming my friends skateboarding in the street, making anything I could. Find an old camera or use your cellphone! While creating different stories, you will discover what drives you about filmmaking and you will be able to grow from those experiences to pursue your passion!

NB: To add to what Anthony said, it’s great to get out there and shoot anything you can, but I would add that you can learn so many things online nowadays for free. Watch tutorials, learn new things and get better. In this day and age anyone can take a camera and shoot, but if you mix what you learn online with real life shoots, you’ll get better a whole lot faster. Also, don’t be afraid to ask for feedback. It’s not an easy thing to do, but it’s so valuable.

AC: I’m trying new stuff for my next projects, like exploring the world of sport documentaries. I’m in development for a snowboard doc on the streets of Montreal and trying to get a climbing/bouldering project off the ground!

NB: I'm working on two scripts: a short and a feature length. Both of them share the common theme of relationships, a theme that my last two short films share as well!

AC & NB: We really enjoyed the downtown area last year, with Pittsburgh being such an iconic city used in movies! Great venue and amazing food! This year, we're looking forward to discovering the area around the Kelly Strayhorn Theater!