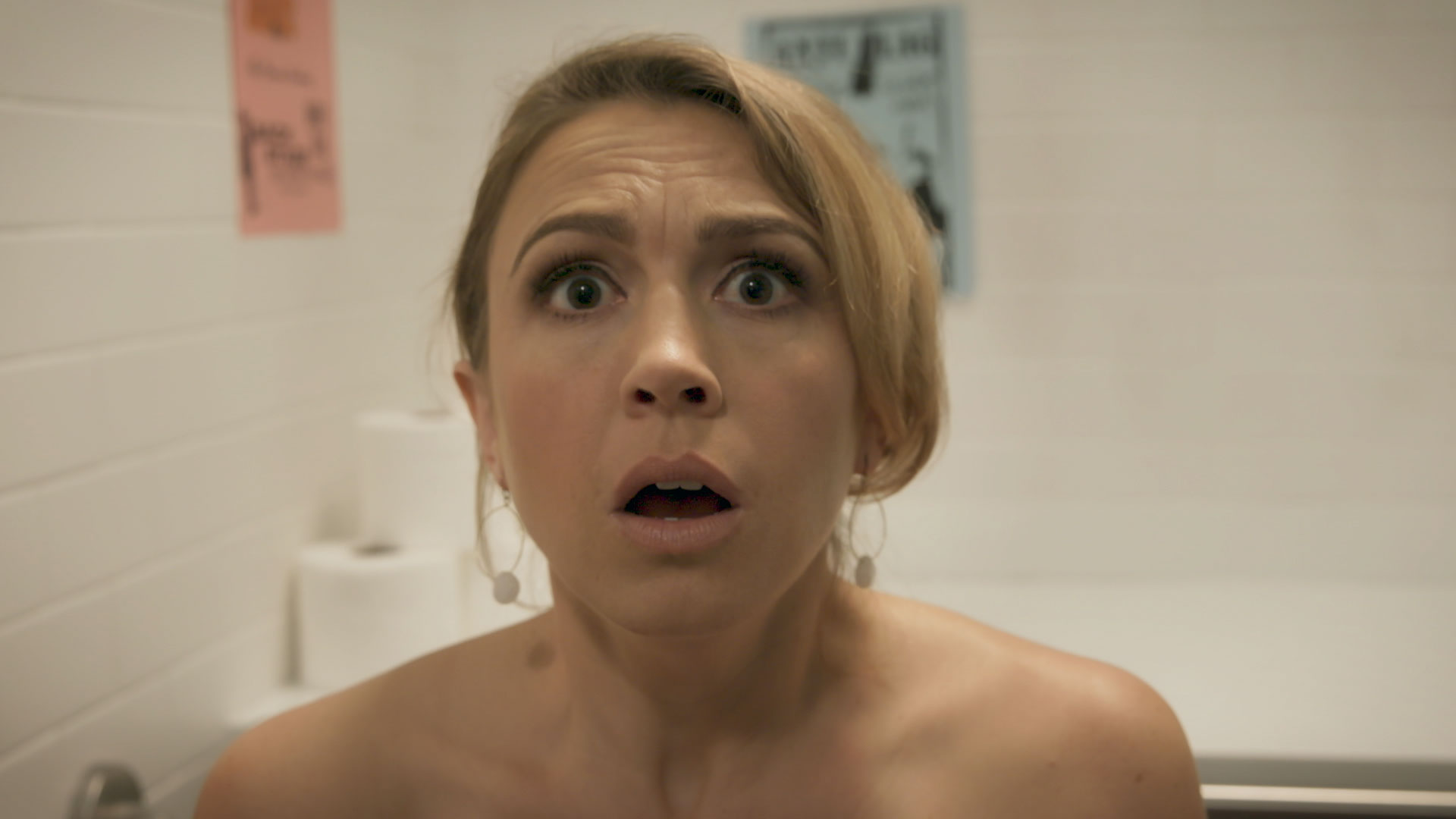 In Going to the Bathroom in a Romper, a woman pays an unexpected price for being fashionable.

Film Pittsburgh: If “Going to the Bathroom in a Romper” were the offspring of two other films, who are its parents?

Darren Miller and Megan Brotherton: Bridesmaids and Mean Girls. But somehow they gave birth to a single-scene short.

DM & MB: First, more is possible with nearly no money, so there's more opportunity to try more stuff. Second, it’s fulfilling to really sink your teeth into a smaller concept and shorter process, and try to bring a lot of depth to both. Also, in comedy, shorts are great for making a big deal out of smaller situations, which is always fun.

DM & MB: Just do it. You learn the most from doing it. And let yourself fail. Make bad stuff so you can make good stuff!

DM: I work at Funny Or Die making small-scale shorts and series for the web, and I'm currently co-writing and producing my first feature, a comedy thriller.

DM & MB: Meeting other inspiring filmmakers, watching some great shorts, and of course, the beautiful weather!