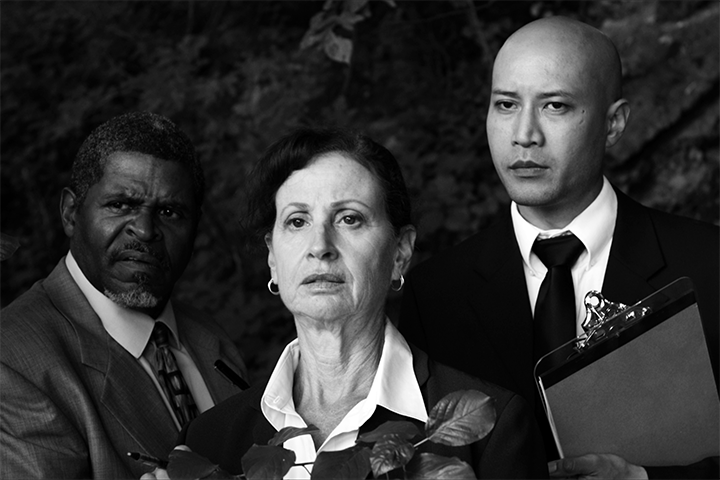 P.J. Gaynard, local filmmaker, spoke with Film Pittsburgh about his film, The Decisionists.

In local filmmaker P.J. Gaynard's The Decisionists, three universal health inspectors complete their final report on planet earth. The Decisionists is a winner of the Pittsburgh 48-Hour Film Project. We spoke with P.J. about his thoughts on filmmaking and devotion to The Rocky Horror Picture Show.

Film Pittsburgh: If The Decisionists were the offspring of two other films, who are its parents?

PJG: The Twilight Zone tv show and Men In Black.

PJG: I find short filmmaking to be a unique challenge because it requires such economy of time. There is very little time for meandering through a moment. You must be succinct. Every second counts.

PJG: The Rocky Horror Picture Show has changed my life utterly and completely. I have seen it in a movie theater well over 300 times. I was a member of several shadow casts all over the nation for about 16 years. I met and proposed to my wife at the show. I barely count the RHPS as a Halloween movie, because I watch it all year long!

PJG: The best movie is a done movie.