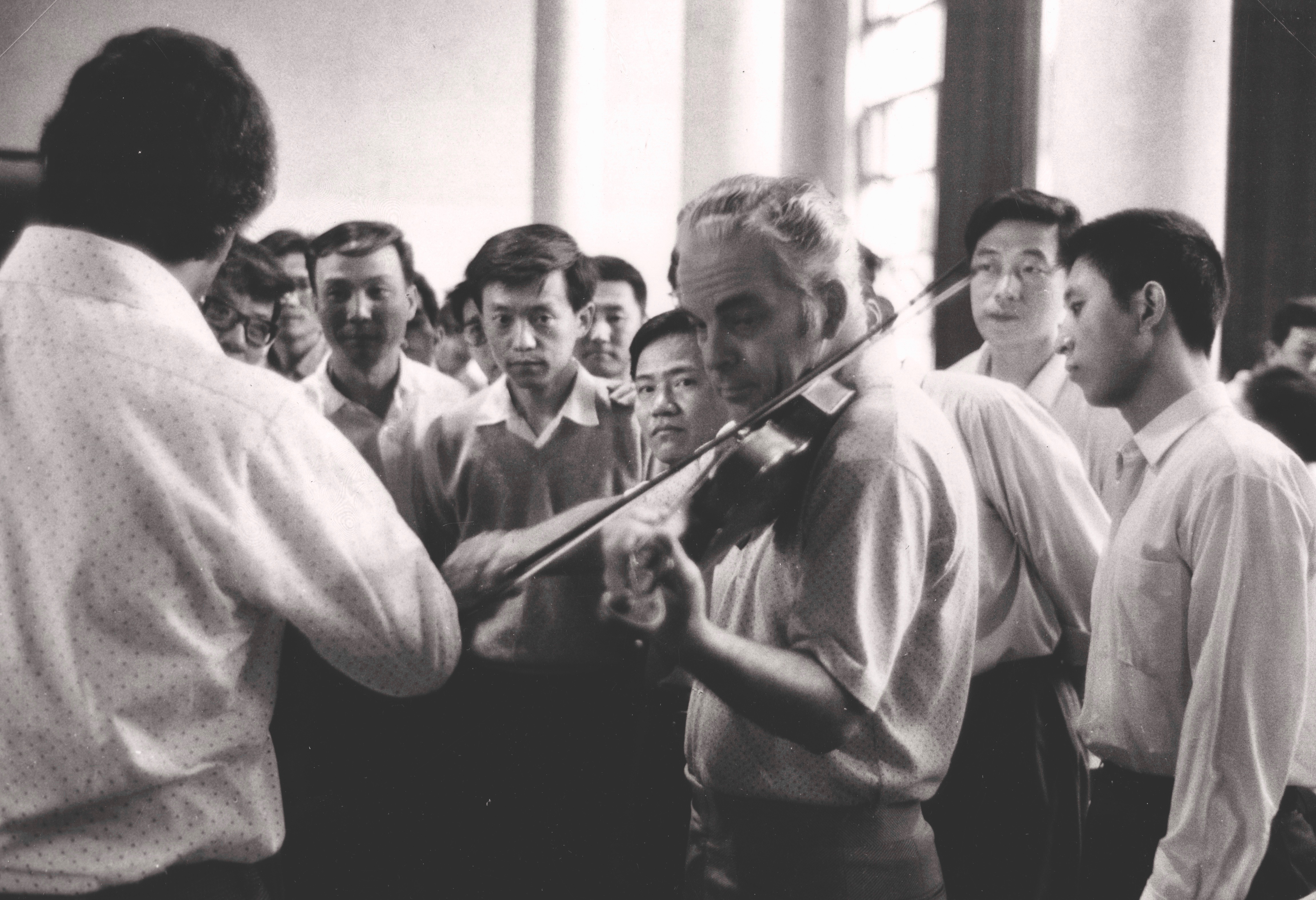 The often-tense relationship between the U.S. and China is seen through a different lens in Beethoven in Beijing. Targeted for elimination during the Communist Revolution, Western classical music had all but disappeared from China. But in 1973, Chinese interest in classical music was rekindled when President Nixon dispatched the Philadelphia Orchestra to help open the bamboo curtain. Co-directed by Duquesne University alumna and former Pittsburgh Post-Gazette reporter, Jennifer Lin, the film gives a compelling, up-close look at how music can change hearts and minds–and history.

“An extraordinary film, filled with ample period footage…The medium of music, and the theme of music education, weaves throughout, leaving viewers with a deep impression of the powerful global potential of cross-cultural exchange.” –Robert LaFleur, lecturer on China for The Great Courses

In collaboration with Screenshot: Asia.