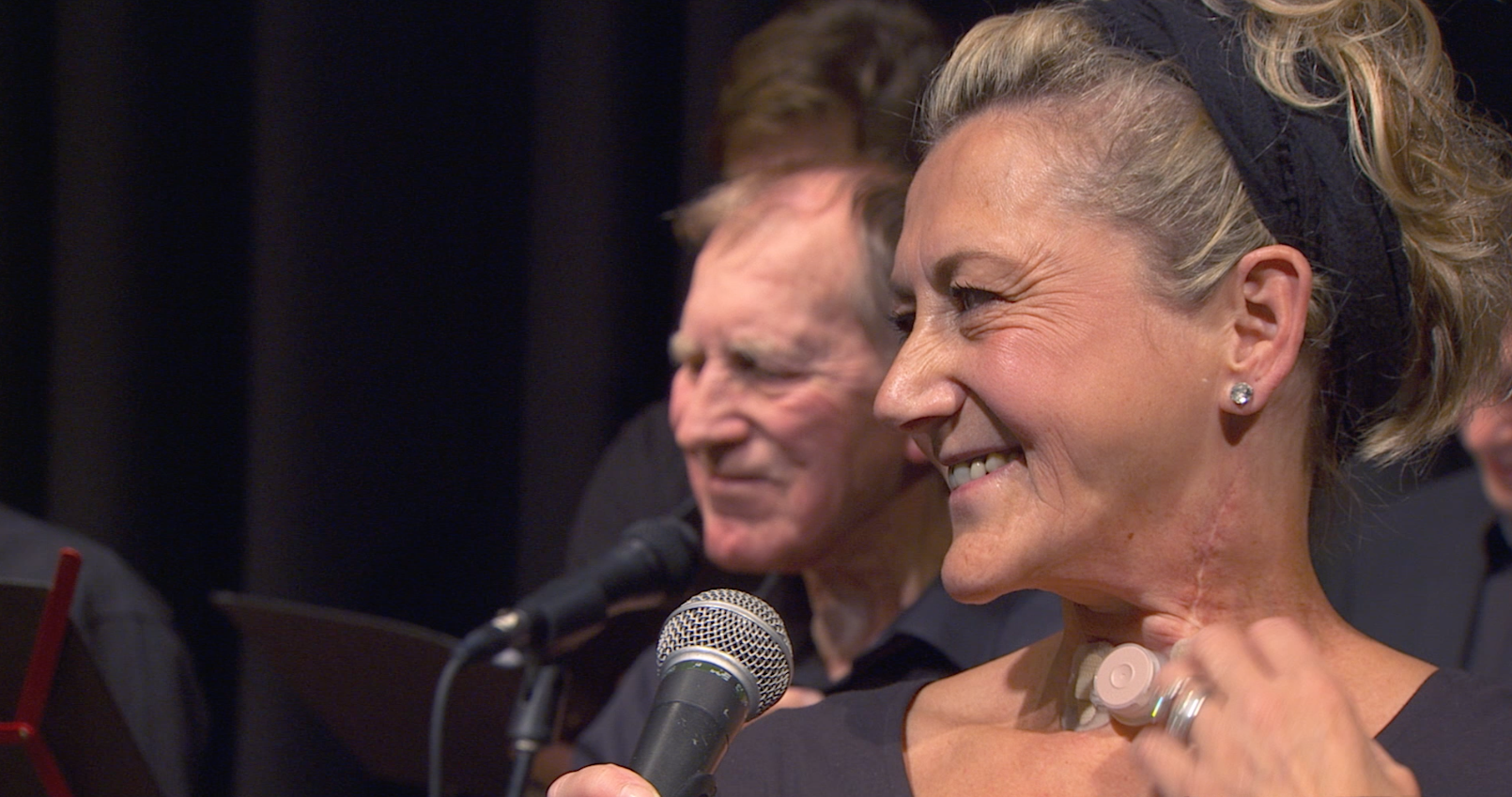 Can You Hear My Voice? is the triumphant chronicling of the London-based, one-of-a-kind Shout at Cancer choir. Members of the singing group, who have all had their voice boxes removed, are spotlighted as they prepare for a highly ambitious concert. Award-winning producer/director Bill Brummel’s film (his first since having his own voice box removed in 2016) is far from maudlin and illustrates the human capacity for resilience in the face of overwhelming adversity.

“…An absolutely sublime moviegoing experience that will make you laugh, cry, shout, be grateful, and believe.” –Richard Propes,The Independent Critic.com

Can You Hear My Voice?