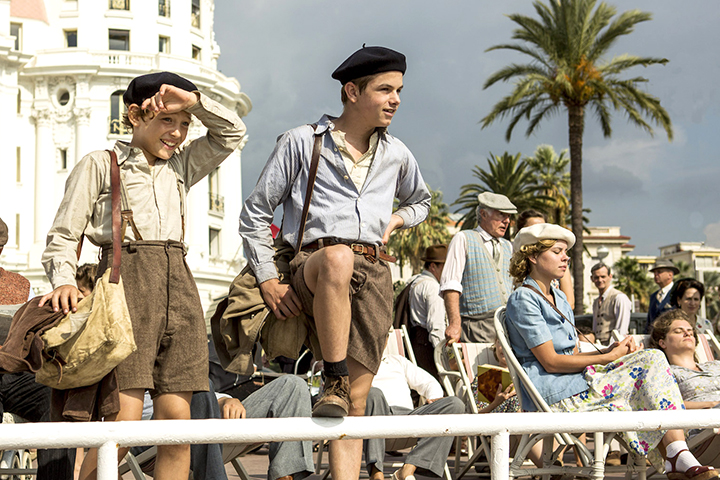 A Bag of Marbles

This is the true story of two young Jewish brothers in German occupied France who, with a mind-boggling mix of mischievousness, courage, and ingenuity, are forced to fend for themselves in order to survive the enemy invasion and bring their family back together. 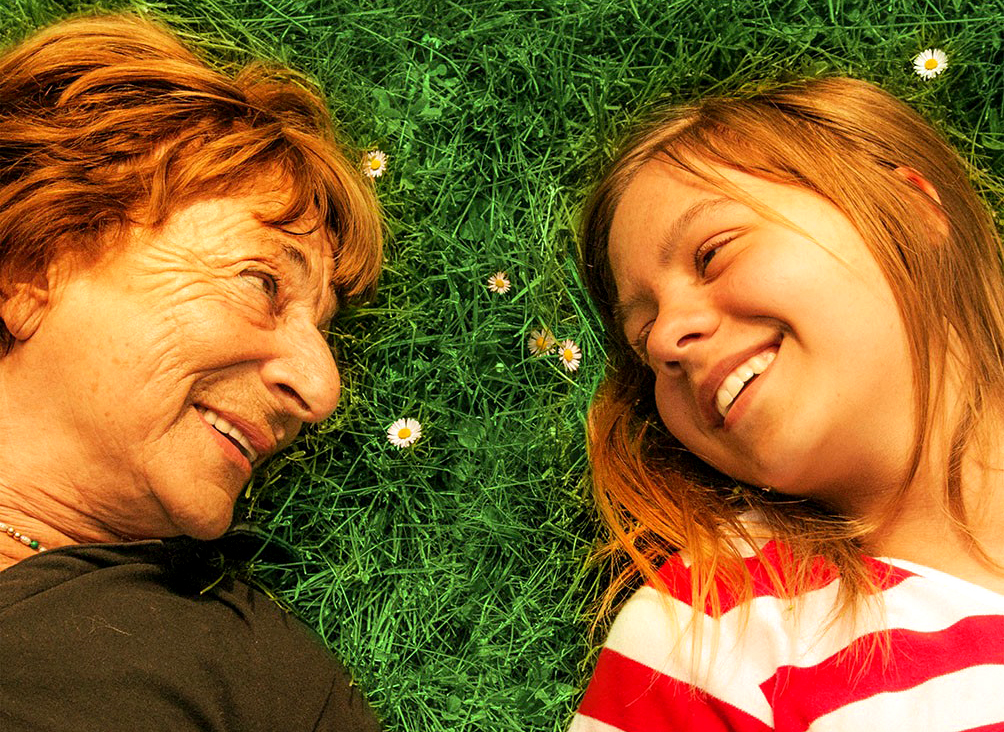 A Berlin-based youth group stages the opera Brundibar, which was originally performed more than 50 times by Jewish children in the Theresienstadt ghetto. Once immersed in rehearsals, they travel to Theresienstadt, meet a very special Holocaust survivor, and start questioning their complacent attitude towards German history.

Sub-themes: propaganda, strength and resilience, art as an escape and as a teaching tool, relationships across generations 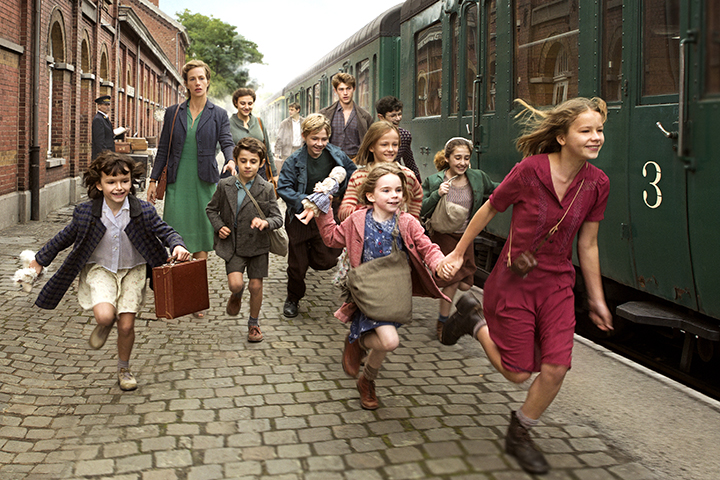 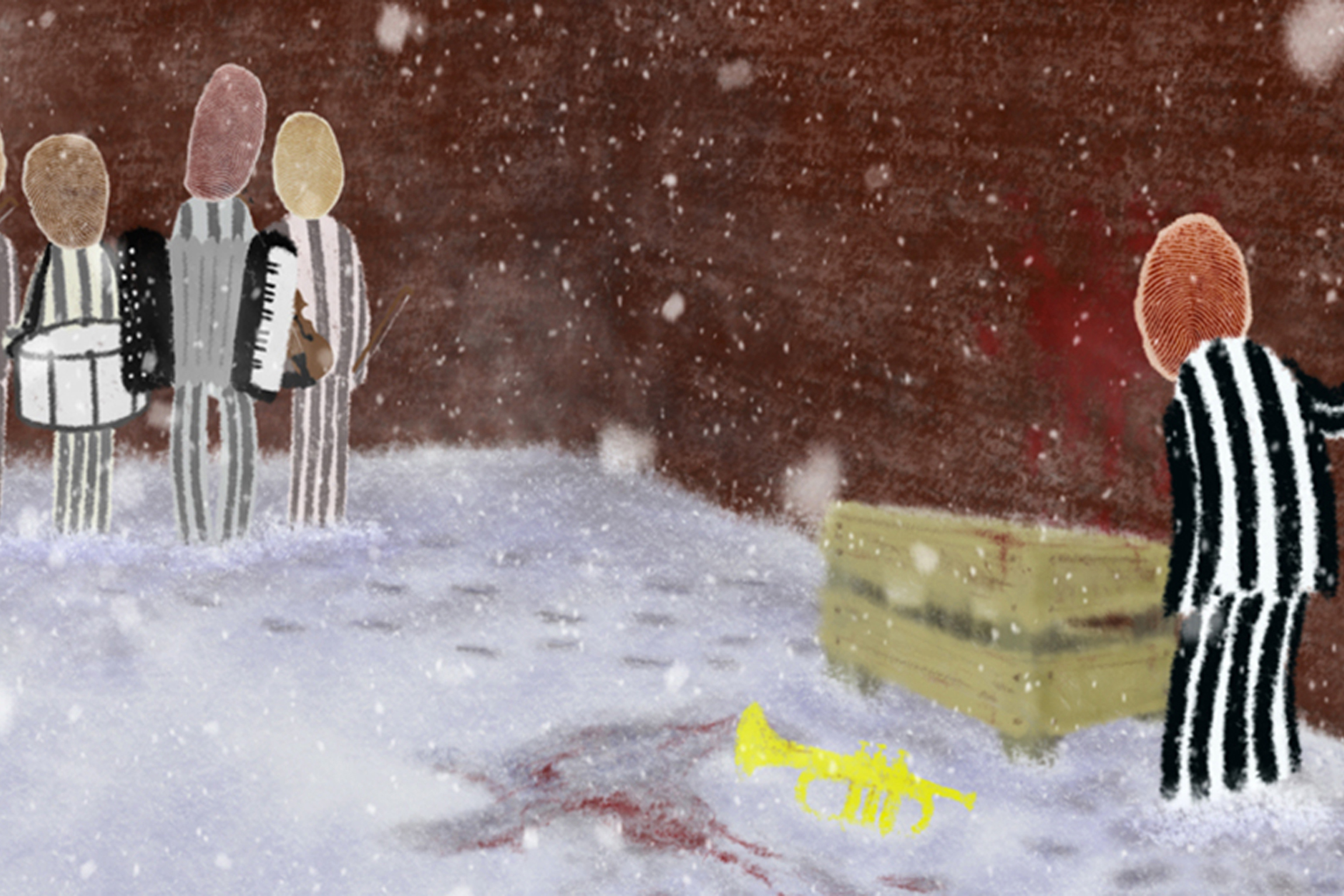 A program of short films curated to introduce students to little known stories of the Holocaust, international film, and different filmmaking techniques. The selection includes documentary, narrative, and animated films.

Sub-themes: the power of one person to make a change, coping with adversity, response to evil, survival 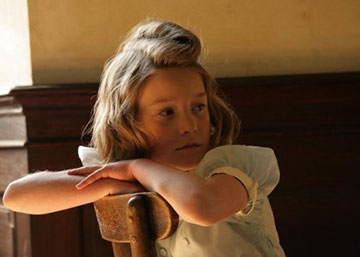 Czech and English, with English subtitles

The arrival of Hana Brady’s battered suitcase to the director of the Holocaust Museum in Tokyo prompts the director and her students to uncover the details of Hana’s life. As small children, Hana and her brother, George, were sent to Theresienstadt for being Jewish after the Nazis invaded Czechoslovakia in 1939. Children from Japan, Canada, and the Czech Republic, along with George Brady, who survived the Holocaust, describe Hana’s story, creating a film of astonishing power and hope. 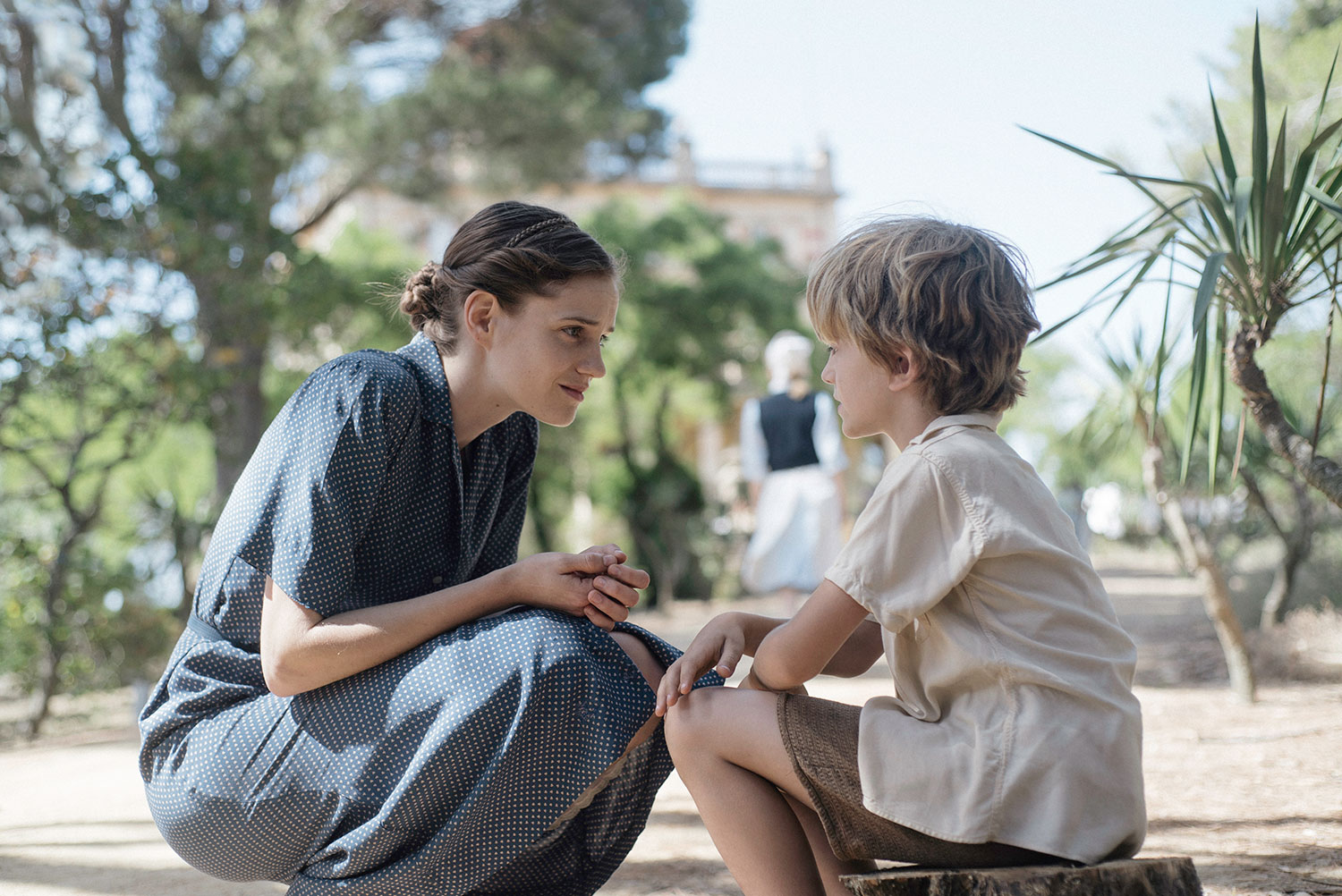 This film tells the inspiring story of Elisabeth Eidenbenz, the director of the Elne maternity home—a refuge for pregnant women fleeing the Spanish Civil War and Vichy refugee camps in the 1930s and 40s. Based on a true story.

Sub-themes: the power of one person to make a change, heroism, perseverance, survival, strong women 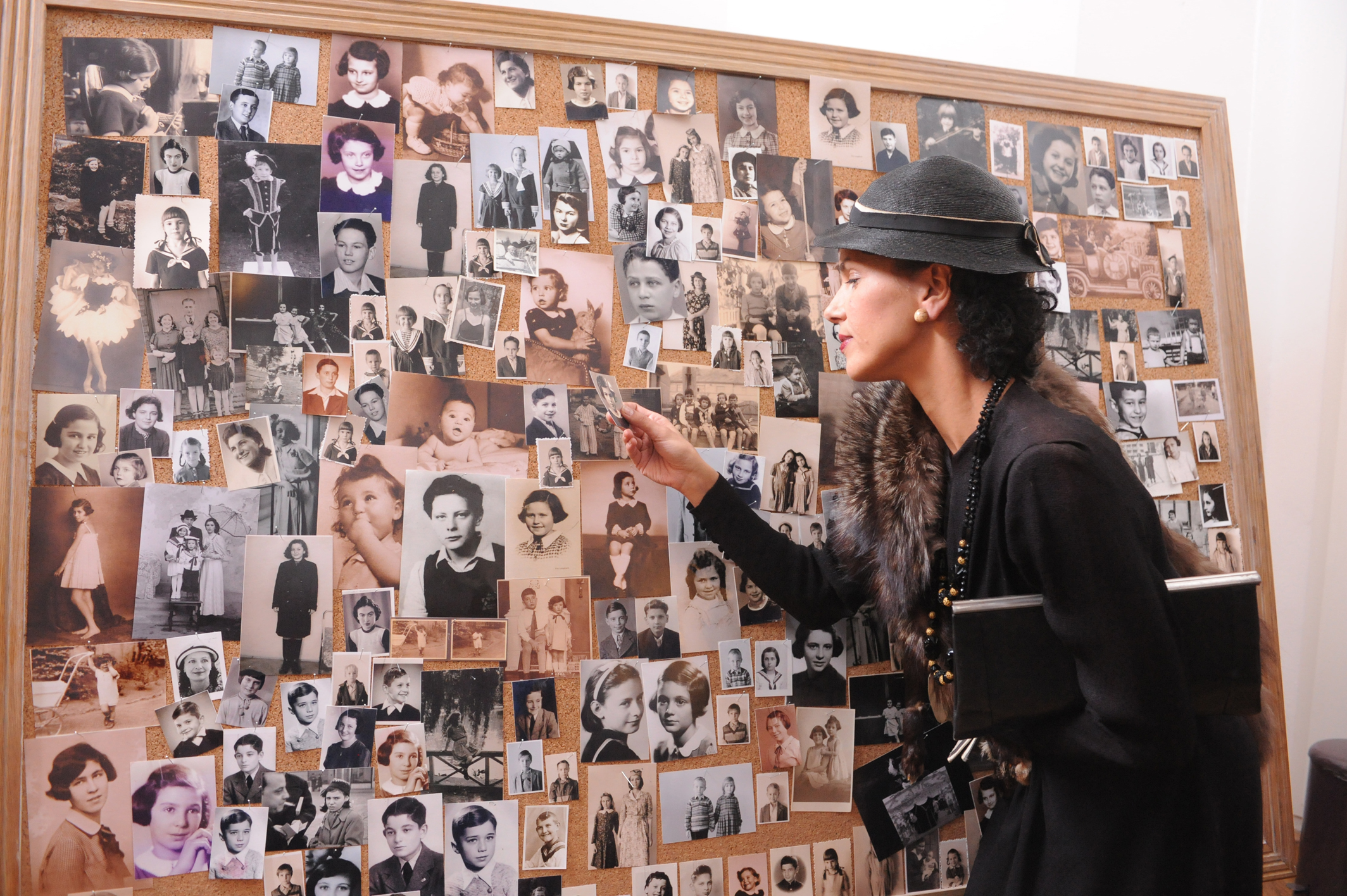 For nearly 50 years, Nicholas Winton kept secret how he saved the lives of 669 children from Nazi-occupied Czechoslovakia. Today there are more than 6,000 descendants of the children Winton saved, 26 of which are featured in this moving documentary.

Sub-themes: the power of one person to enact change, heroism, perseverance 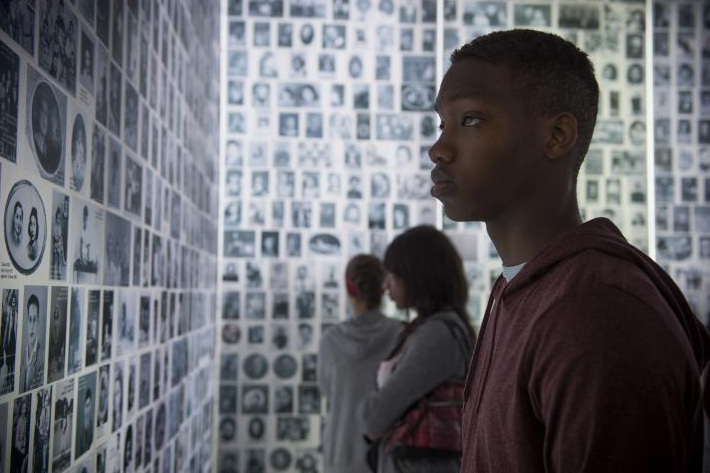 Once in a Lifetime

A dedicated history teacher enrolls a group of unruly inner-city kids in a national competition whose theme is child victims of the Holocaust. The students are resistant, but a visit to the classroom by a Holocaust survivor moves the bar just enough for some of them to begin the journey to self-enlightenment. 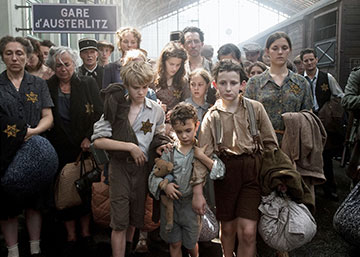 This acclaimed French epic depicts the true story of the mass arrest and detainment of the Jews of Paris in the summer of 1942, later known as the Vel d’Hiv Roundup. "La Rafle" is a sensitive exploration of this long taboo subject in France and its effects on the French authorities, Jewish victims, and city of Paris. The exquisite beauty of Paris during war time is brought to stirring life by French stars Mélanie Laurent and Jean Reno. 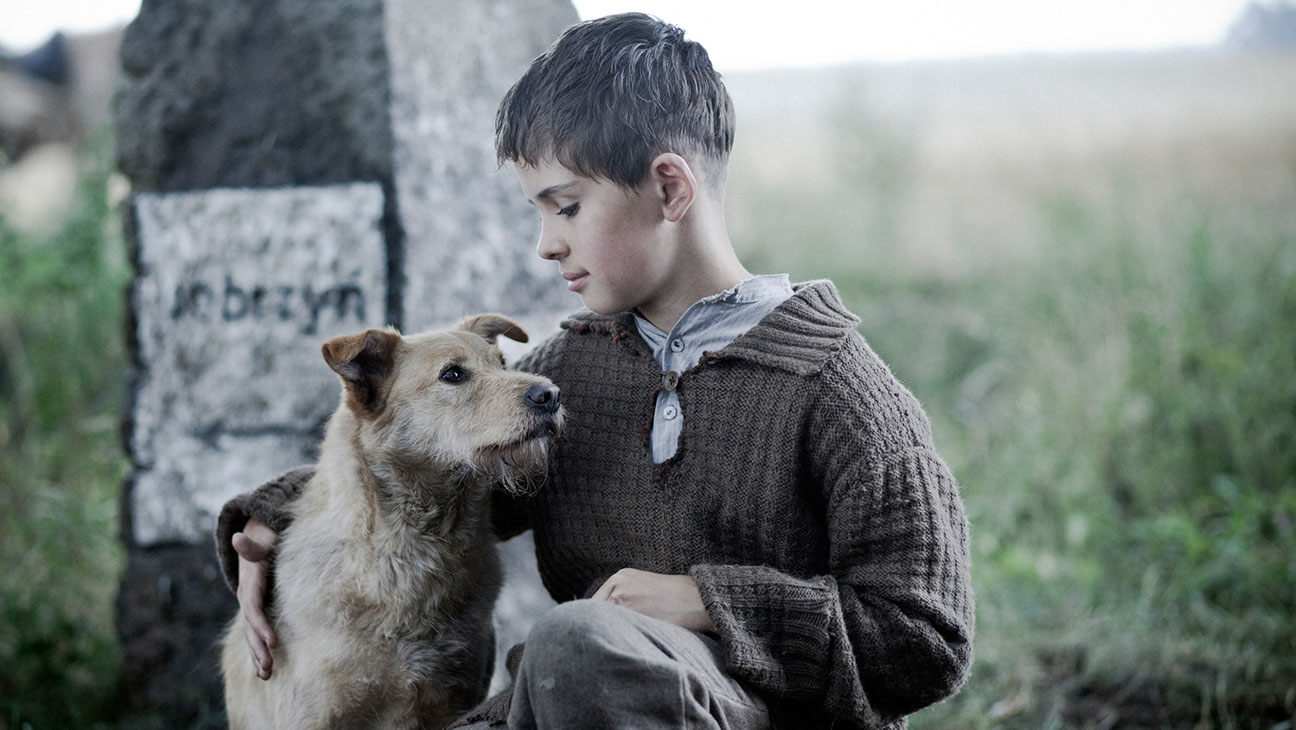 This film tells the extraordinary true story of a Polish boy who seeks the kindness of others in his solitary struggle to outlast the Nazi occupation and keep alive his Jewish faith.

Three best friends pass their days playing soldiers and exploring local caves, mimicking a war that seems far removed from their everyday life. When the realities of war find them, it comes to light that one friend’s family sympathizes with the Nazi cause, another’s supports the resistance, and the third is Jewish, passing as a Christian to survive. Coping with these differences puts their friendship in jeopardy and their lives in danger. 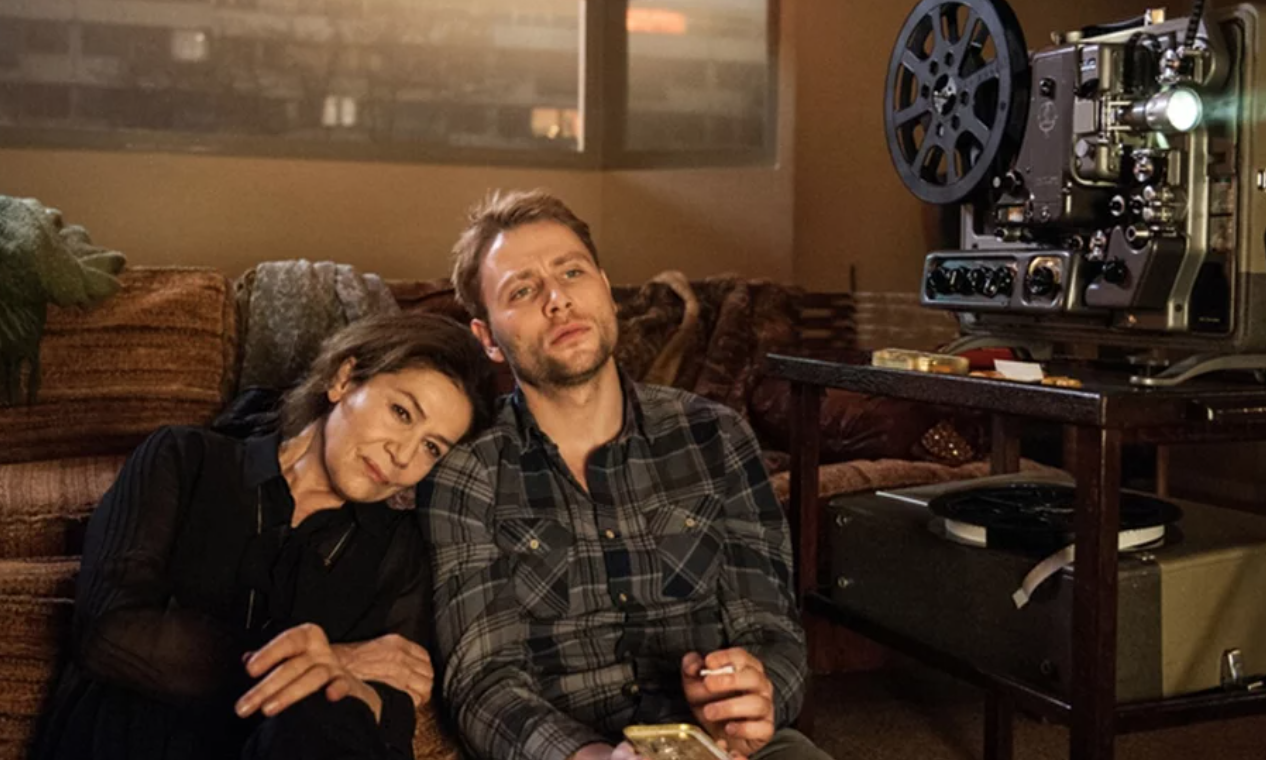 This film portrays a woman who is a Holocaust survivor.  While set in the present, we learn about the woman’s story through flashbacks. Her history weighs heavily on her as she ages, but she unexpectedly receives help from a young man who has troubles of his own.  This is a story about survival and support across generations. 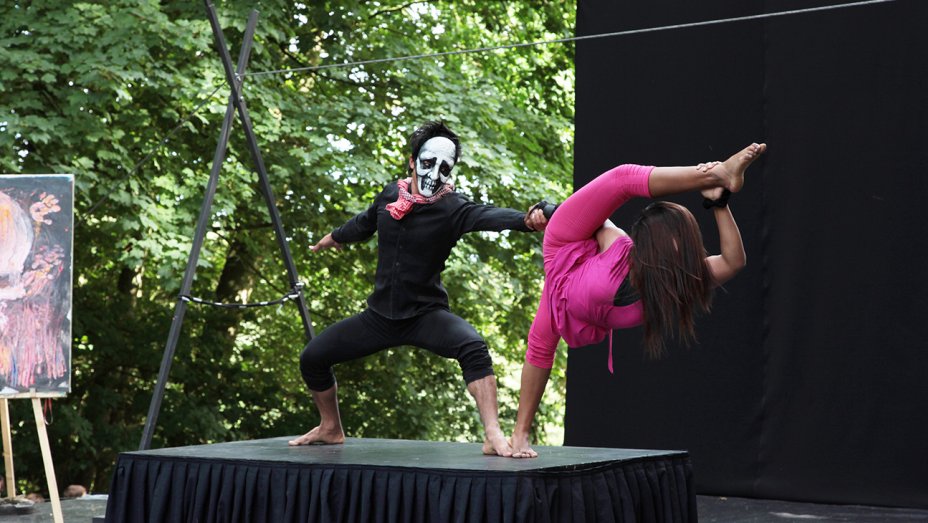 After the Khmer Rouge regime tragically killed 90% of artists and intellectuals, the accomplishments of a group of artists provide hope for post-conflict Cambodia. Told through the voices of young women—a singer of Buddhist poetry, a circus artist, and garment workers who form a grassroots protest band—this film demonstrates the power of art to heal a nation after genocide. 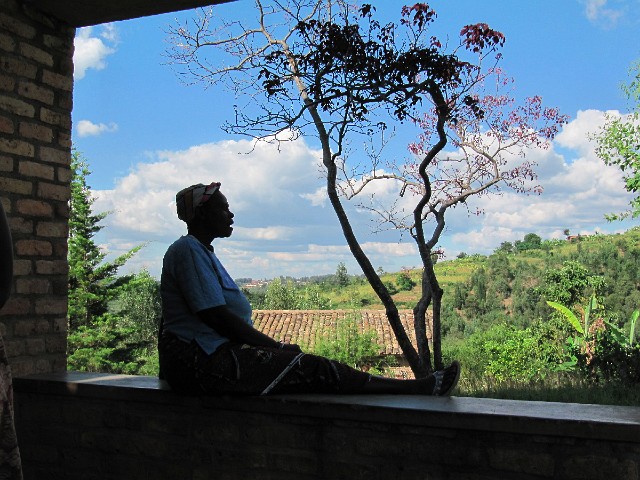 Rwanda’s first and only all-female drumming troupe is made up of women from both sides of the 1994 Rwandan genocide, offering a place for reconciliation.  When the troupe decides to partner with two young American entrepreneurs to open Rwanda’s first ever ice cream shop, these remarkable women embark on a journey of independence, peace, and possibility.

A young man from a fractured family and troubled past, Rocky Braat leaves his life, friends, and career to travel through India. There he meets a group of HIV positive children living in an orphanage—and his life changes forever. In an effort to find out what compelled Rocky to reject his life in Pittsburgh for a life of unspeakable hardship in India, his best friend traces Rocky’s story through this beautiful documentary. 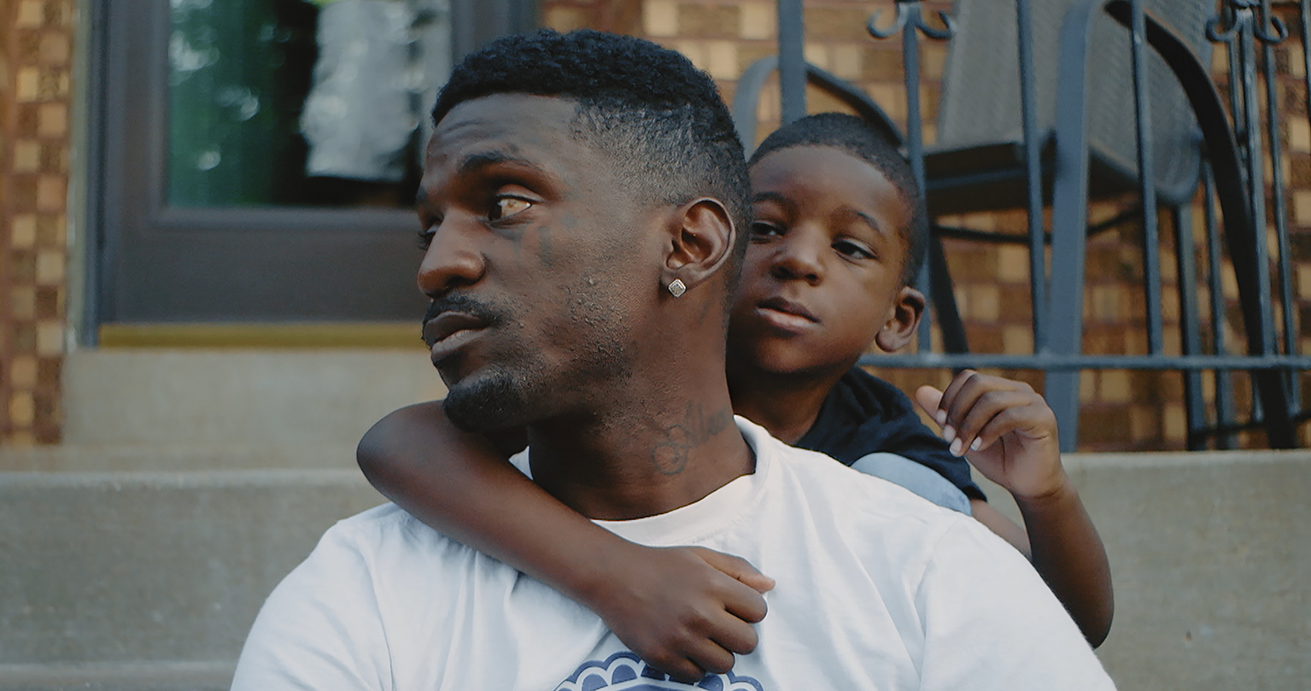 The Black Experience in America

We have curated a program of short films to expose aspects of African American life in the US, from the Jim Crow era through the present. 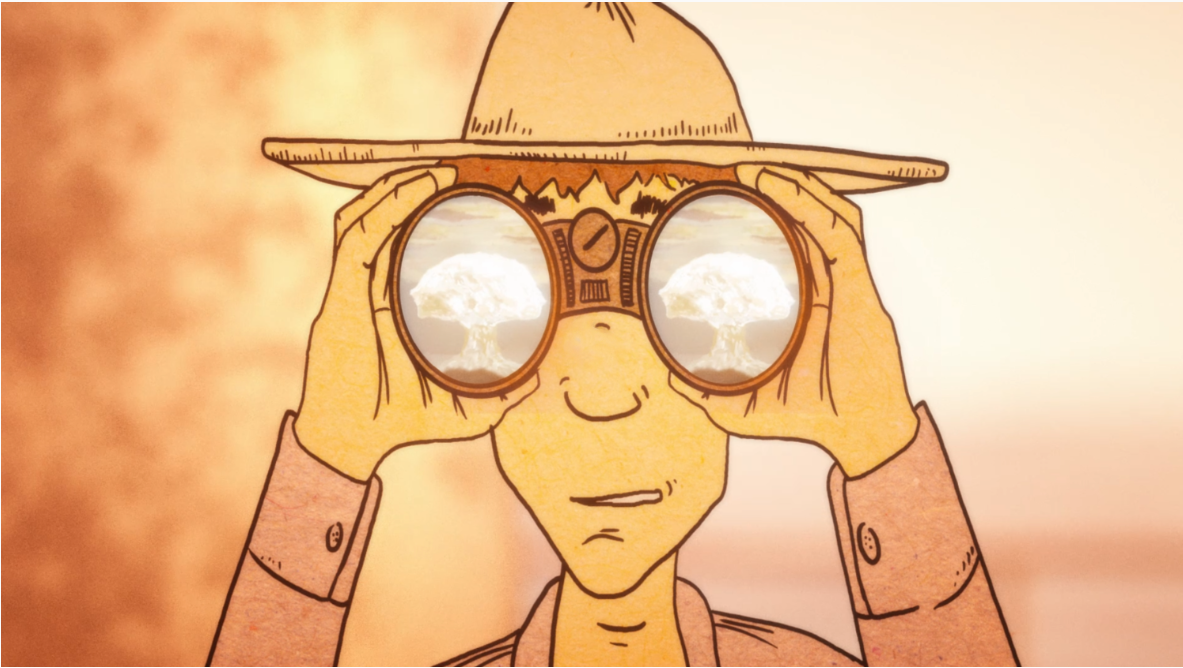 On March 1, 1954, the United States detonated the thermonuclear bomb Castle Bravo in the Pacific Ocean, catching the fishing vessel Lucky Dragon No. 5 in the blast.  In this locally produced film, traditional Japanese animation methods illuminate the story, and Japanese survivors discuss their experience and how it has affected their lives. 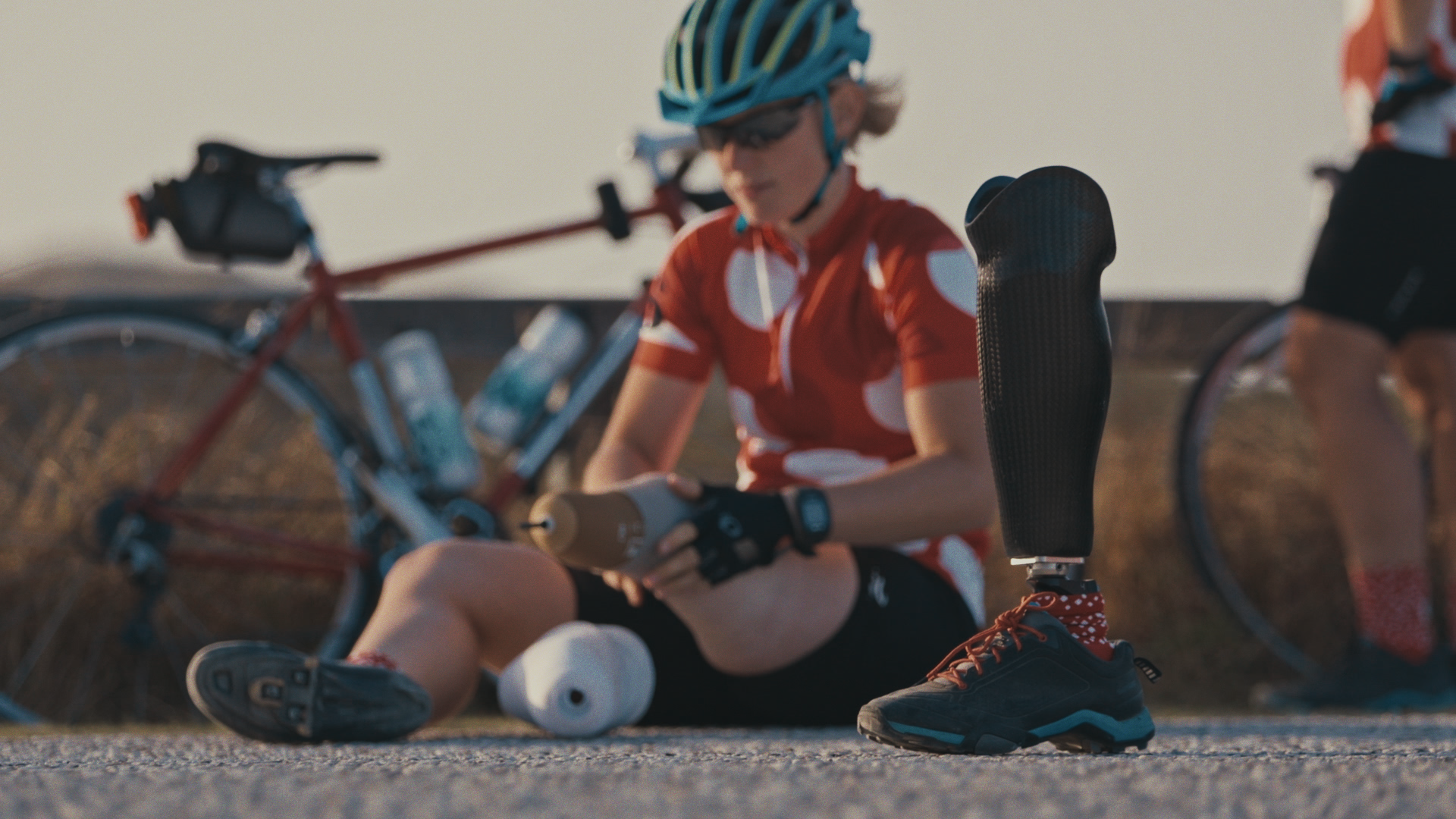 A Focus on Disabilities

Included in this short film program are stories of people with physical, intellectual, and mental disabilities. The viewer will understand the obstacles faced by and the resilience of people with disabilities and their communities. 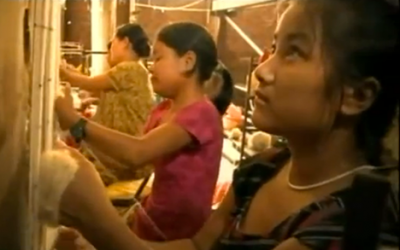 Filmed on five continents and in a dozen countries, this film takes viewers into a world where millions of children are exploited every day, through an astonishing array of practices including forced labor, domestic servitude, begging, sex tourism, sexual violence, and child soldiering.  In a beautiful collage of interviews and footage, this film elucidates a defining human rights issue of our time. 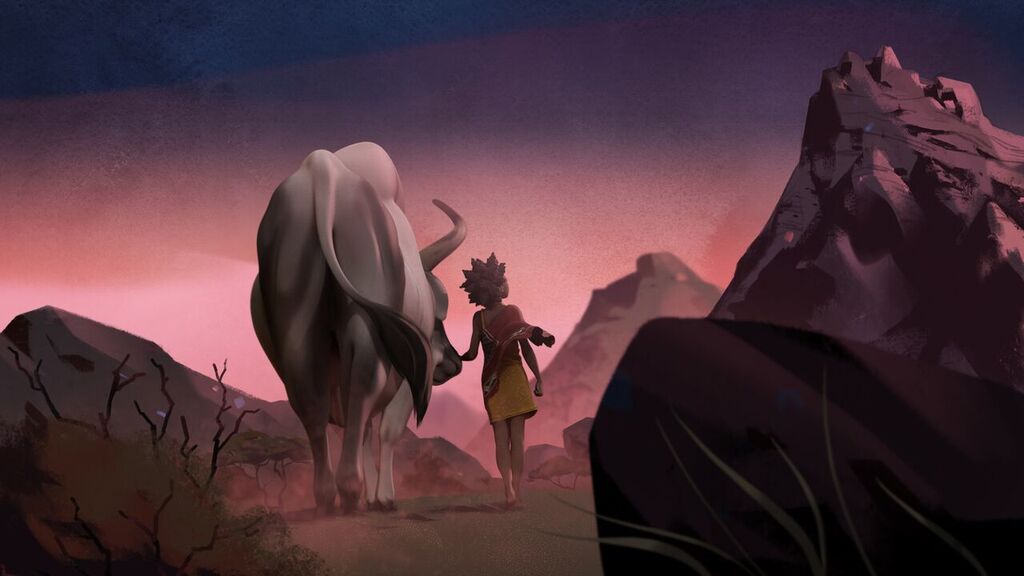 Five orphaned children in Swaziland work together to craft a fairytale drawn from their darkest memories and their brightest dreams. In their work, they create an inspiring tale of perseverance.

Recommended for all Teen Screen audiences. 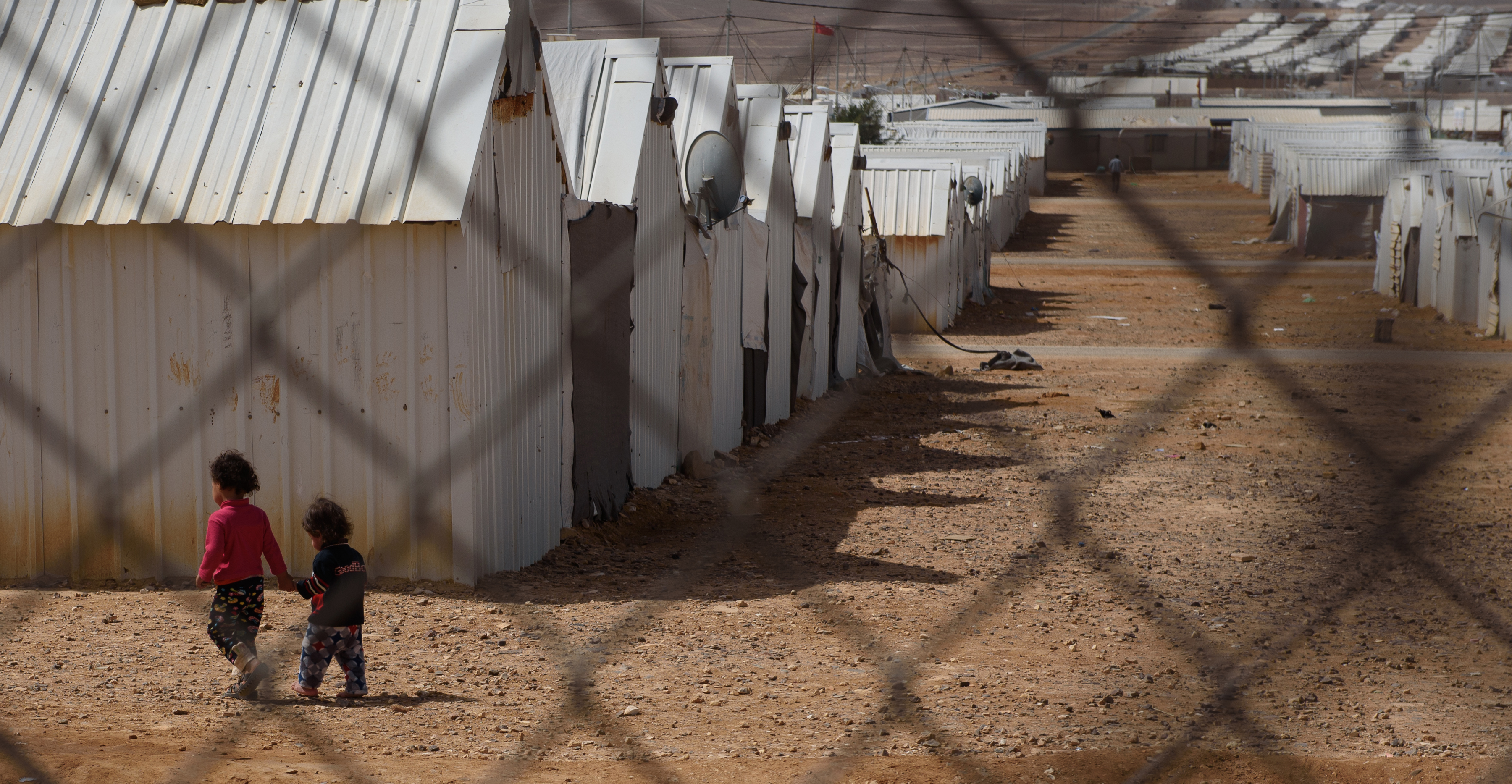 This program of short films highlights the refugee experience, from decisions to leave one’s home country, through travel to a final destination, to resettlement.  There is a special focus on language—as a barrier to integration, its importance in integration, and various accommodations. 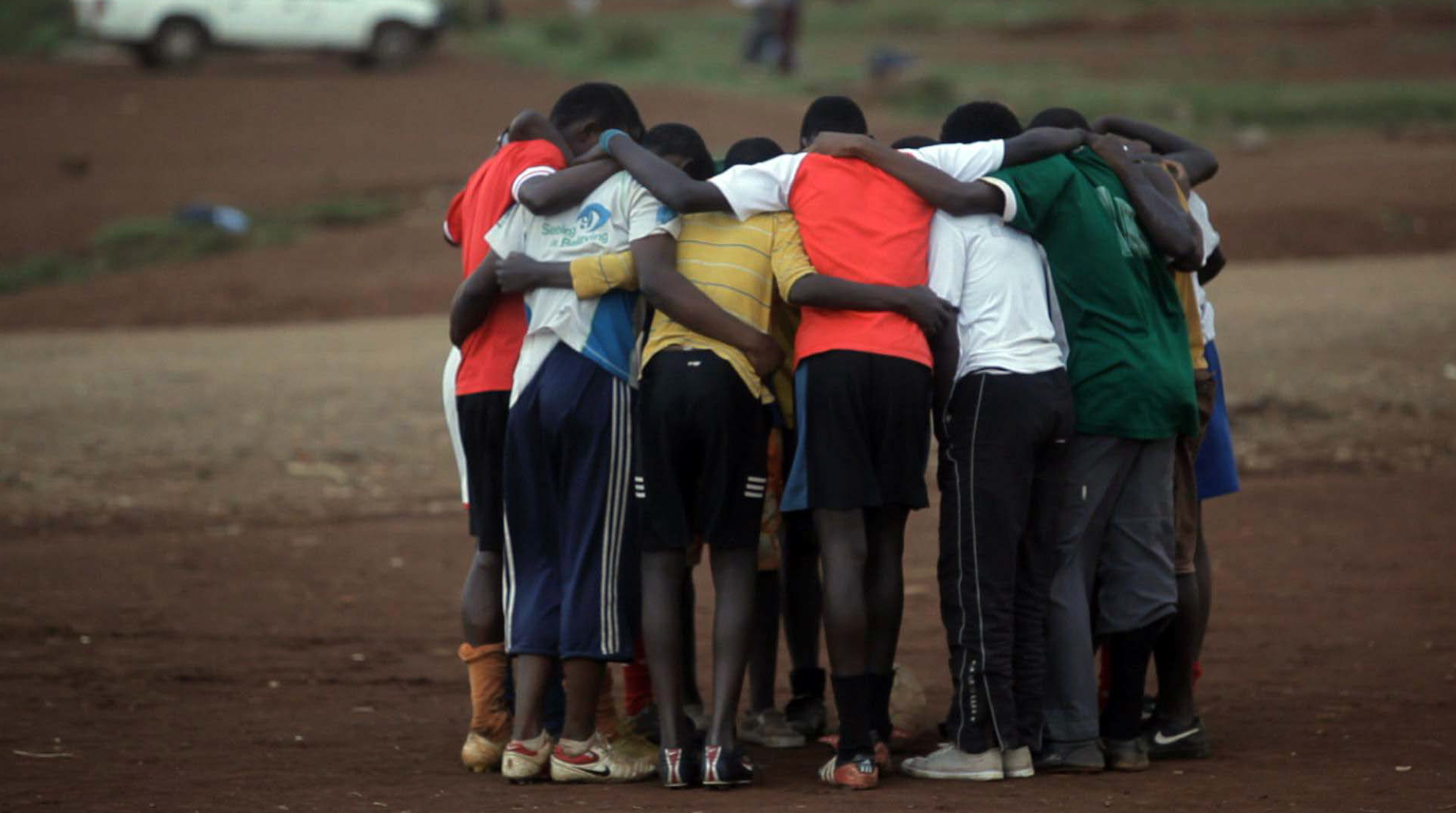 Set in a slum in Nairobi, Kenya, against a backdrop of bloody political unrest, village youth put aside their often warring ethnic and religious tribalism to battle for supremacy on the soccer field. Both eye-opening and inspiring, this documentary illustrates the healing power of team athletics.